Rev. Narciso de la Cruz is now 75 years old and is one of the many retired Pastors of UCCP struggling to survive.

He retired in Northeast Leyte-Biliran Conference (NELBICON) in the East Visayas Jurisdiction, the region heavily devastated by Typhoon Yolanda (Haiyan) in November 2013.

Rev. De la Cruz is unmarried. He opted to remain bachelor. Hence, he has no children or immediate family to adopt and care for him, especially after retirement.

He overcomes boredom or loneliness by playing chess. He is recognized as a “Chess wizard” among the UCCP Church workers in East Visayas.

Upon retirement ten years ago, the Bethany Hospital in Tacloban took care of him and provided him free board and lodging until Typhoon Haiyan crippled and closed down the hospital in November 2013.

He barely survived from the ocean surge which inundated and destroyed the entire hospital grounds and premises. Like other survivors, the typhoon rendered him homeless.

Without any regular pension support from the SSS and with nowhere to go to, thankfully, the local church of Dulag UCCP took him in and is now providing him a modest shelter (a nipa hut) in the private lot of the Genotiva family in Barangay Rawis.

Today, the roof of his ‘nipa hut’ already leaks when it rains. Oftentimes, he uses his umbrella to protect himself from getting wet. He finds it very uncomfortable when it rains, especially while asleep at night time. 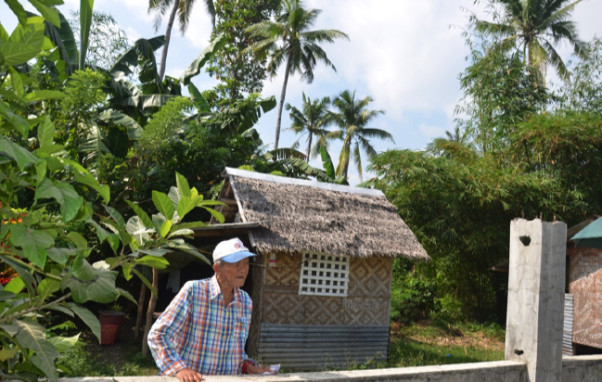 Unfortunately for him, he was not included in the SHELTER program of Task Force Haiyan as implemented in Barangay Rawis of Dulag town in Leyte.

Apart from being a typhoon survivor, Rev. De la Cruz is also a Martial Law survivor.

Hoping against all hopes, he is one of the over 70,000 claimants for reparation as victim of human rights abuses or atrocities during Martial Law (1972-1986) under the repressive regime of former president Ferdinand Marcos.

On our way to Tacloban, after visiting our rehabilitation projects in Barangay Rawis, he asked us if he can ride with so he can follow-up his reparation claim at the Commission on Human Rights Region 7 Office.

When we bid him goodbye, he asked us to help follow-up his pension support from the UCCP as a retired Pastor, if there are any.

Deeply touched by Rev. De la Cruz’s plight, we gave him little amount drawn from our own pockets. 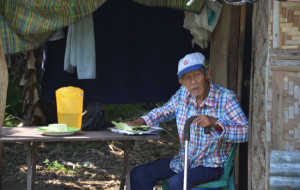 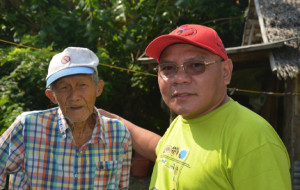